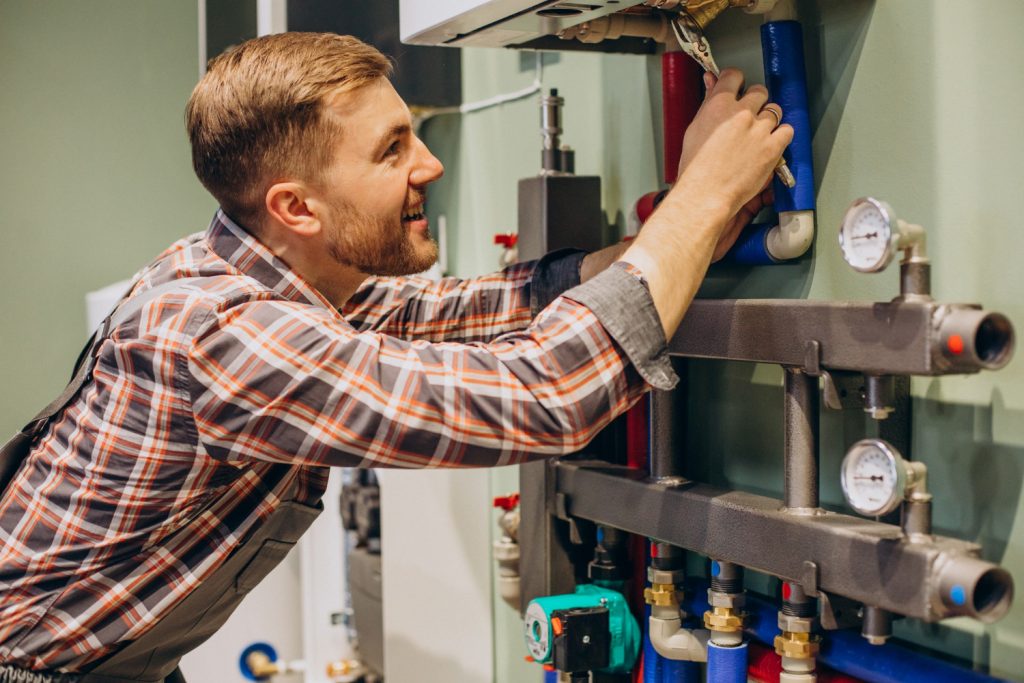 Worcester Bosch boilers are well known for their efficiency and reliability. It comes as no surprise that they won multiple awards such as Which? Best Buy Gas Boilers and made Worcester Bosch the go-to boiler brand when looking for new central heating system units. What’s more, those boilers should provide you with ten to fifteen years of worry-free service when maintained regularly, and some people report that their boilers lasted over twenty years without any major issues.

However, no matter the condition in which your Worcester boiler is, it is still only an appliance that can fail at some point. So as an owner, it would be best if you learned how to identify and fix common problems. And if you are thinking about replacing your old unit with a new Worcester boiler, it will still be beneficial to educate yourself about possible boiler faults and error codes. Read on to learn more about the most common Worcester Bosch boiler problems.

Boiler Locks Itself Out

Every Worcester Bosch boiler is equipped with a self-checkup system that will lock your boiler out whenever it encounters any errors. This can be caused by a variety of boiler faults, from a faulty thermostat to a heating pump. As long as your device can self-check the sensors, it will try to indicate what the problem might be with an error code.

How To Read Error Codes

Many Worcester Bosch boilers are equipped with LCD displays that show a variety of different information, for example, whether the heating or eco mode is on or what is the set target temperature. But what’s more important, the display is your primary troubleshooting tool. Whenever there is an issue, a special indicator will appear accompanied by a fault code. A few models offered by Worcester Bosch are only equipped with LED lights, which blink in a specific pattern. It is worth noting that different series of Worcester boilers have separate sets of error codes, so it is best to refer to your boiler manual when troubleshooting issues with your unit.

It is a common issue among all boilers, and Worcester boilers are no exception. If your boiler is not working, check the water pressure gauge if the needle falls between 1-1.5 bar. Alternatively, if your unit doesn’t have an analogue gauge, you can check it using the control panel – when the pressure drops below the minimum value, you will see an error code instead, i.e., Greenstar 8000 series boilers will display 1017 W when it decreases below 0.2 bar.

This can be caused by a sudden drop of water pressure in your house or simply if your boiler wasn’t used for a longer time. To top up the system pressure, you need to pull the pressure lever down and hold it until it reaches the optimal range to establish the desired water flow.

However, you should be aware that if the low pressure problem is often recurring, it may be caused by an issue with blocked or leaking piping, blown pump seals, or a broken pressure relief valve. You should contact a boiler repair professional as it can later cause much more severe problems with other components, including your radiators.

Condensate pipes are used to remove excess condensation and gases from your boiler, often routed outside your house. They are a crucial element for the proper operation of condensing boilers, which is why you should make sure that the pipe is installed correctly, meaning that it gives the condensation a gravity slope and is not blocked in any way.

Still, sometimes it happens that the condensate pipe gets blocked, especially when the temperatures drop far below zero. And when that happens, your Worcester boiler will stop preventing harmful gases from entering your house and may cause damage. However, it is relatively easy to fix; you can try heating the pipe up with warm water in order to melt the ice and unclog the exit. On top of that, you can insulate the condensate pipe to make sure it doesn’t freeze again.

If your Worcester Bosch boiler doesn’t heat up water at all, you should check whether it is on and displays any fault codes. Then you can try to fix the issue on your own if it is something minor, but in many cases, you may need to contact a Gas Safe engineer to check it up for you and carry out necessary repairs.

However, if your boiler does heat up the radiator but doesn’t route hot water to your water outlets, it may be an issue with a faulty diverter valve. The diverter valve is responsible for redirecting the water stream from central heating to outlets when needed. This may be caused by limescale residue or a mechanical issue with the valve. If that is the case, there is probably little you can do on your own, so it is recommended to contact local heating engineers for help.

A leaking boiler is among the most difficult problems to troubleshoot due to a multitude of points of failure, from blown pump seals to pretty much every other boiler component that carries water. What’s more, finding the source of the leak does not necessarily mean fixing the problem. In the case of a faulty pressure relief valve, too much pressure may break other components in the long run.

If you spot a single small leak, it doesn’t mean you need to prepare yourself for a boiler repair. It may be just some water condensing on the inner part of the boiler or a tiny drop from the pressure outlet. You should still observe the boiler, though – see whether it drips again after a day or even a few hours, as regular leaking may be an early symptom of a more significant problem. And if you notice a larger puddle, turn off the water supply and contact your local heating engineer and have him check your Worcester boiler.

Similarly, loud banging noises do not necessarily indicate a serious problem, but they can lead to other issues. The most common cause is limescale residue or trapped air in the heat exchanger. This most often leads to lower water pressure in both your outlets and radiators, making your boiler less effective under the same power draw.

Boiler losing pressure isn’t the only symptom accompanying kettling. Lower water pressure means that the water inside the heating system can reach much higher temperatures than expected and put other components of your Worcester Bosch boiler at risk, which can ultimately lead to leaks, broken motorised valves, a blown central heating pump, and more.

If your Worcester Bosch boiler receives no power, it can be caused by two major issues, either by a faulty PCB unit or by an electrical issue within your home. The PCB unit is the brain of your Worcester Bosch boiler – it controls the temperature, decides where to route hot water, and checks other components for errors, and shows a fault code if there is any. Unfortunately, the PCB rarely is able to report errors related to itself. Instead, the system won’t load, and no power will be directed to other components, resulting in the boiler locking out.

The PCB unit is also one of the most expensive components of Worcester boilers, so before you decide on replacing it, make sure there aren’t any issues with electricity in your house. While gas appliances generally don’t require much power to operate, the residual current device (RCD) may go off when it detects an issue with your boiler. However, this can be caused by an underlying issue with electricity in the room you have your boiler in or even the whole house. In either case, you should contact an expert to check whether the problem lies within your boiler or other is a bigger issue that needs to be addressed.

Your Worcester boiler can overheat for a variety of reasons. One of them, as mentioned above, is an increased boiler pressure caused by limescale residue or air trapped inside the system, for example, inside the heat exchanger. To fix this issue, you may want to get in touch with a boiler repairs specialist, as your boiler will most probably need chemical cleaning or proper draining and bleeding, especially if the problem persists.

Similarly to blockages, boiler overheating may be caused by faulty pumps or fans. Your Worcester boiler will struggle to circulate hot water in the system when those components wear out. This is even more dangerous when combined with a broken thermocouple indicating a wrong water temperature. As a result, your boiler may exceed the temperature limit and cause severe damage.

Your Worcester Bosch boiler may also overheat when in extensive use. The built-in safety measures will prevent that by either lowering the power or cutting it off entirely with a fault code. In this case, you should let it cool down as an overheating boiler is more prone to fail. But if it overheats on a regular basis, you should have it checked.

Many Worcester Bosch boilers support external thermostats. If your boiler is not responding to a thermostat installed, for example, in your living room, there are a few steps you can make to troubleshoot it.

If the thermostat is set up correctly but still refuses to work properly, you should check whether it is compatible with your boiler. Some thermostats are designed to work only with specific models, so you should always check whether the one you have is compatible with your unit. However, if the thermostat used to work before, the problem may be caused by a faulty PCB unit. In that case, you will most probably have to replace it.

Radiators Not Heating Up

Radiators not heating up is another common problem that can occur with a Worcester Bosch boiler as well as any other brand. There are two reasons why that may happen. When the radiators don’t heat up at all, it may be an issue with the diverter valve. As mentioned above, if the valve locks itself in one position due to an airlock or sludge, it won’t be able to route hot water to radiators.

Air, sludge, or limescale residue can also build up in other parts of the system, causing the water to gradually lose pressure, ultimately stopping it from flowing through the radiator. If only one radiator is not heating up, it may help if you try to bleed it – doing so should remove excess air from the loop. But if bleeding doesn’t work, you should contact your local heating engineer and have the piping in your house flushed.

Although Worcester Bosch boilers are considered one of the most durable units on the market, there are still some issues you may encounter. Many of the common Worcester boiler problems are similar to those found in other brands and types of water heaters, and they are relatively easy to troubleshoot thanks to built-in safety measures and sensors. You will see a related fault code, no matter whether it is a gas valve error, condensate pipe blocked, or insufficient gas supply. You can check Worcester boiler fault codes online or in your boiler manual.

Some of the Worcester boiler problems are easy to fix; for example, if your boiler is not responding to a thermostat, it may be a matter of replacing the batteries inside. However, due to the complexity of modern condensing boilers, it is recommended that unless you are a gas engineer, you should leave boiler repairs to professionals just as with other gas appliances. 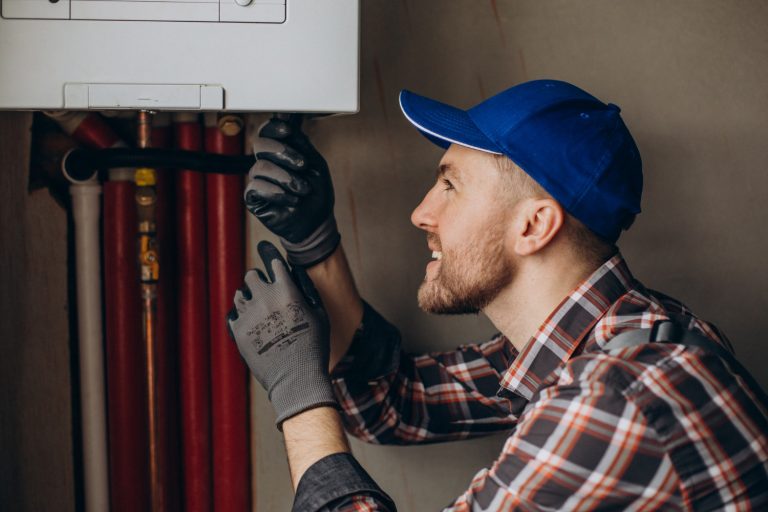 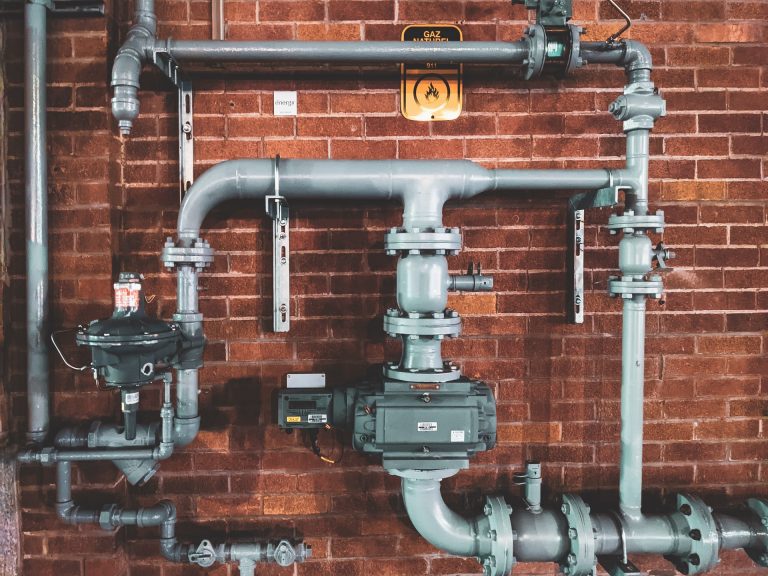 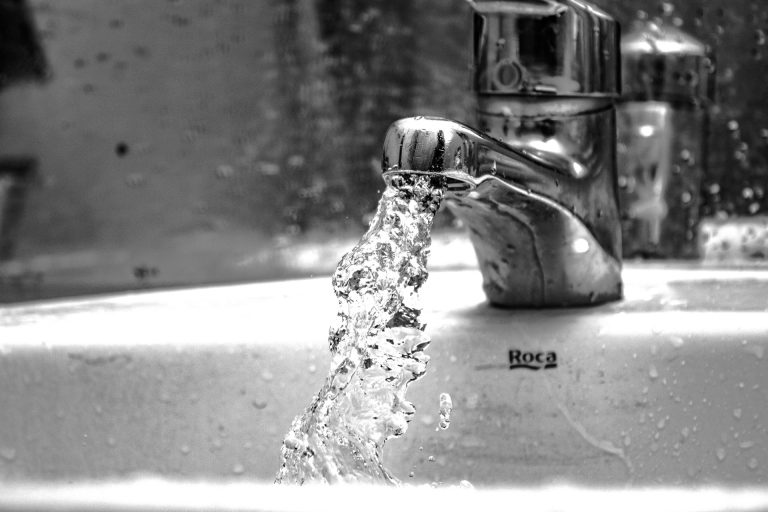 How To Increase Water Pressure